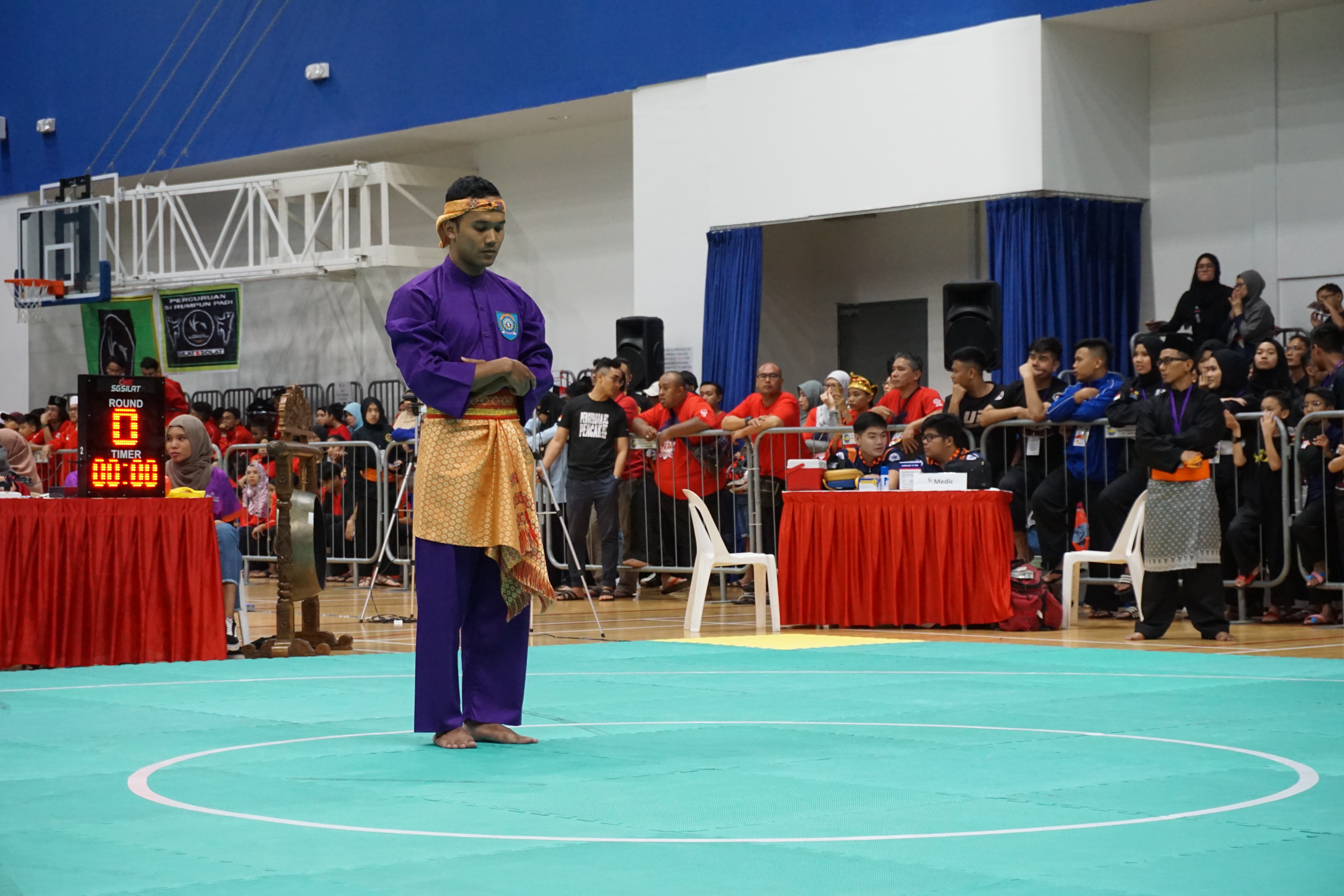 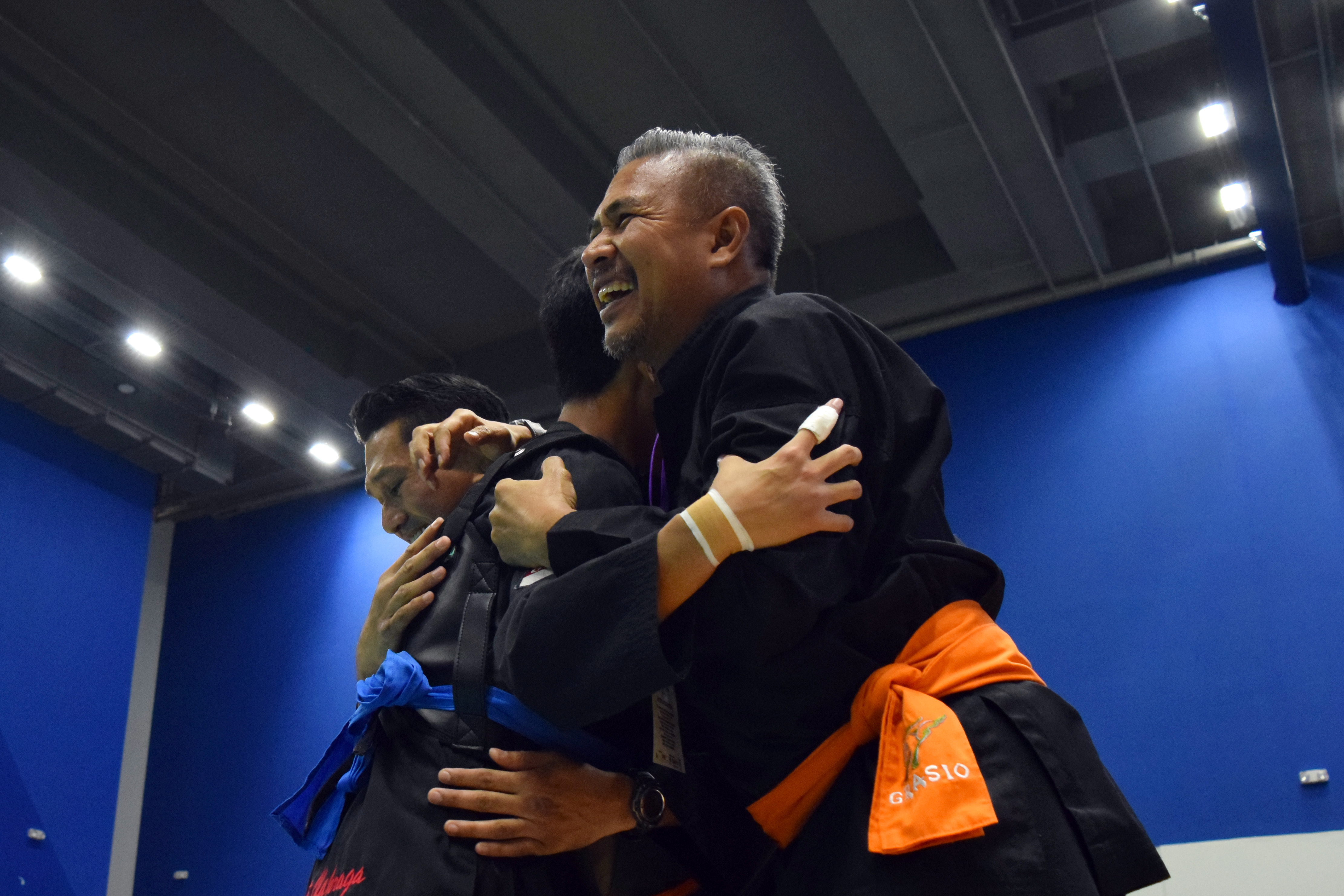 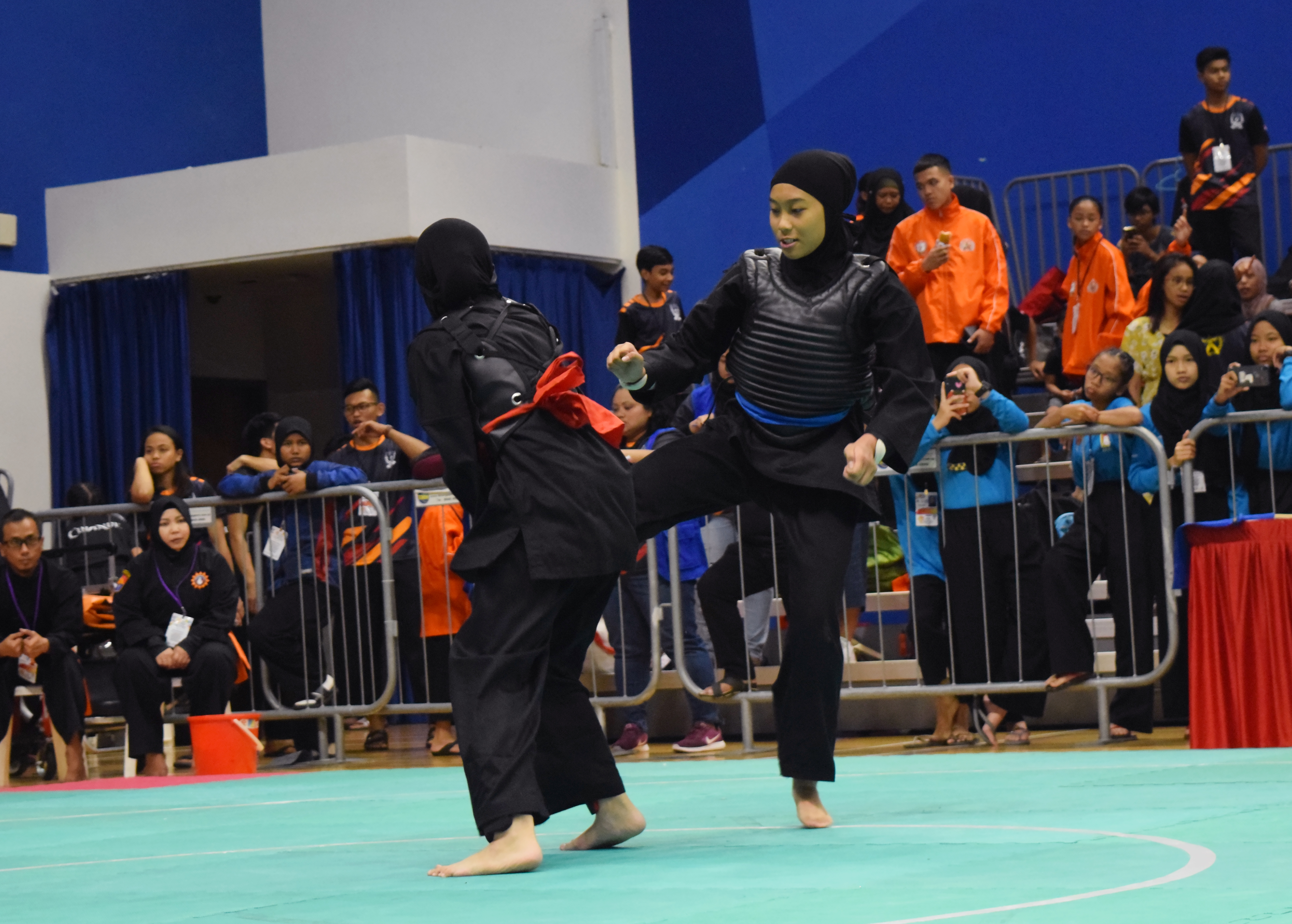 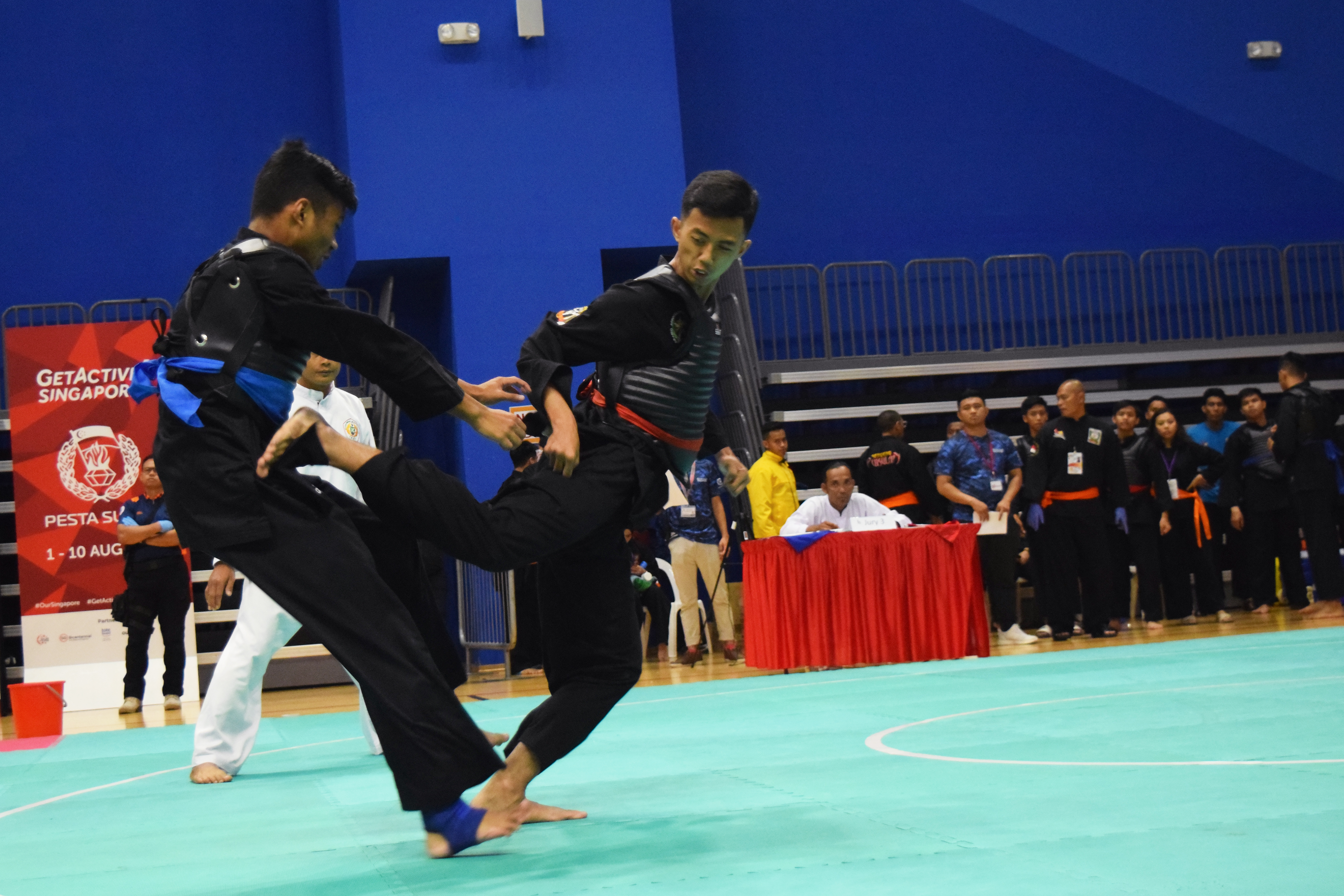 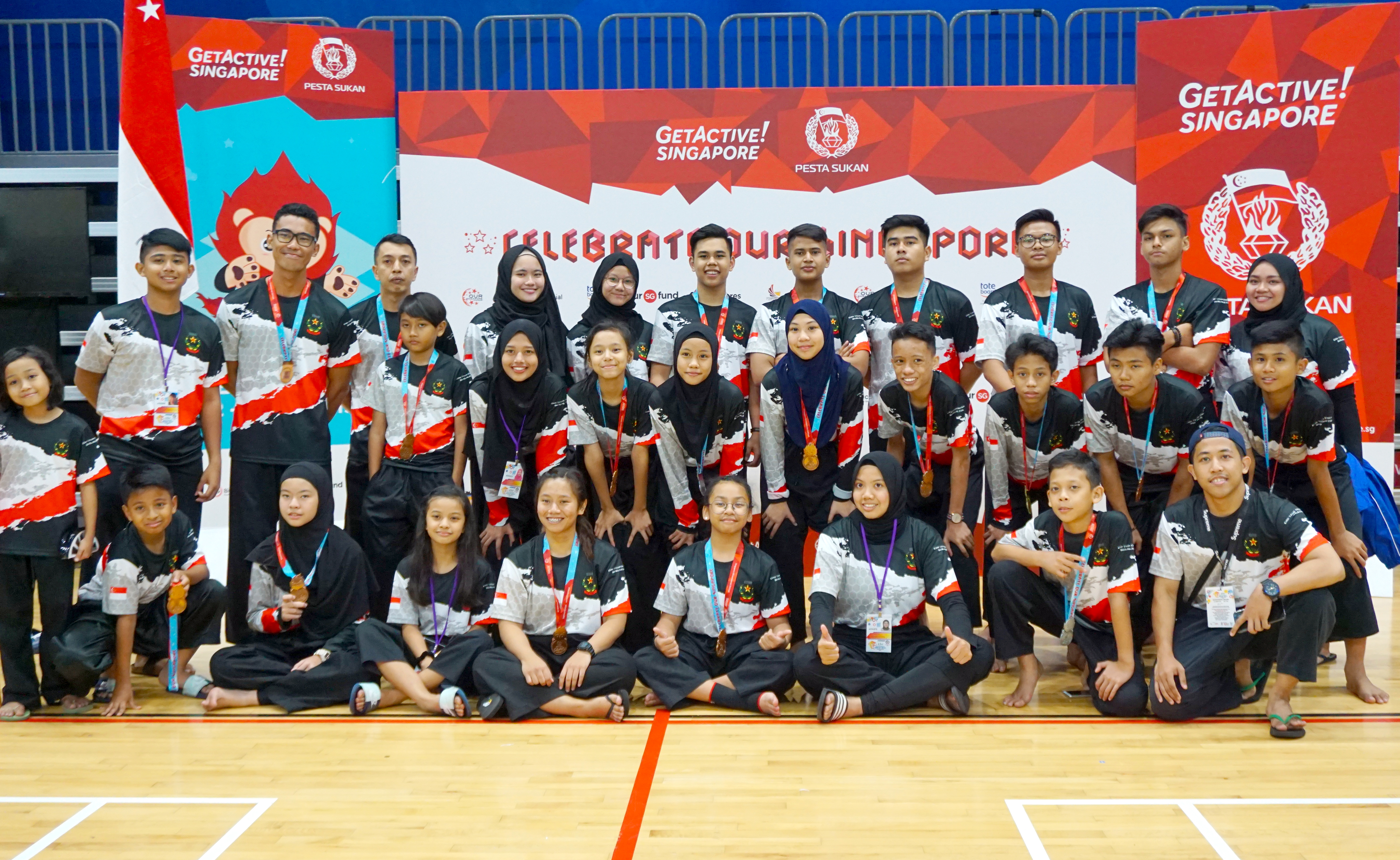 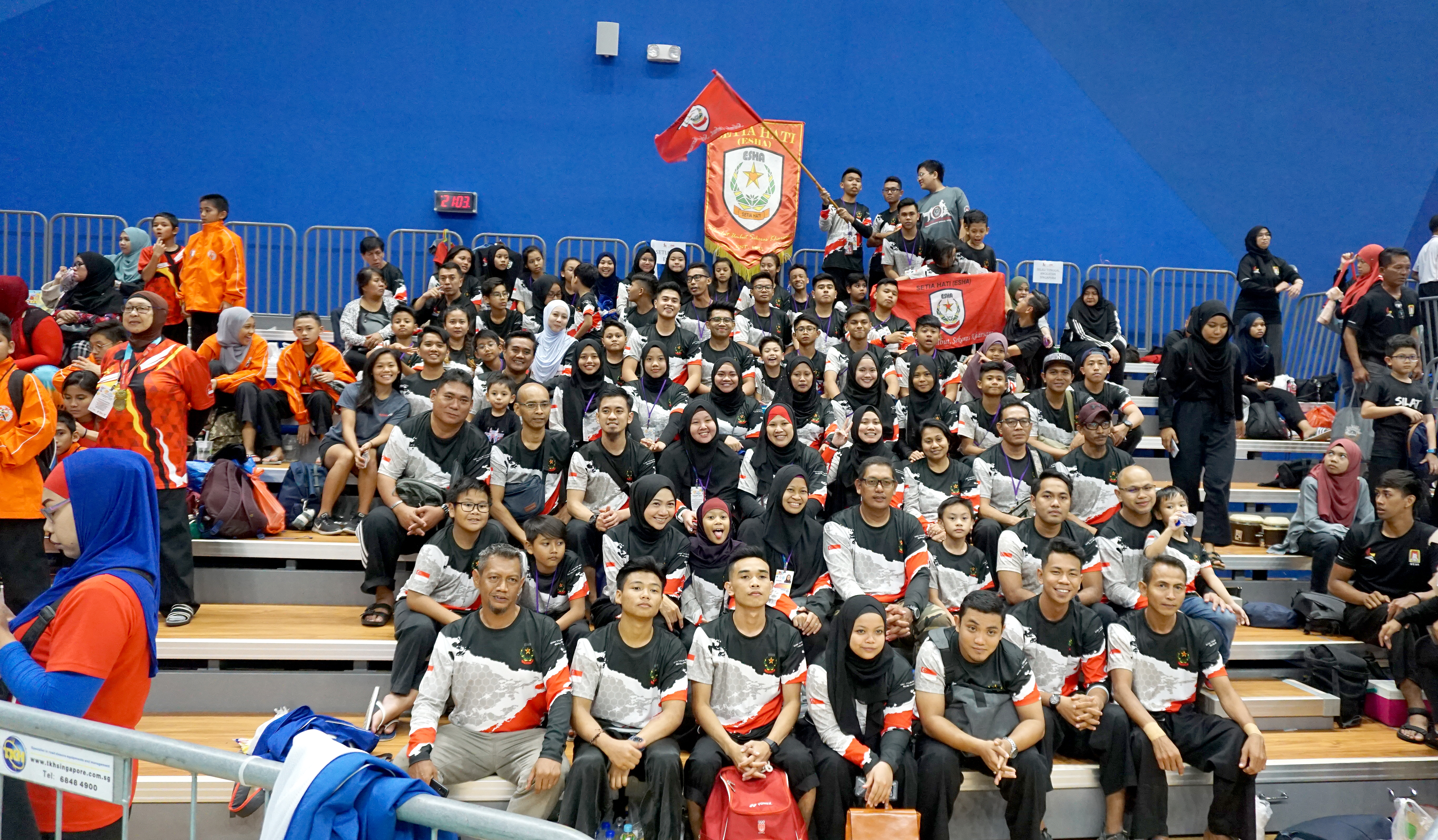 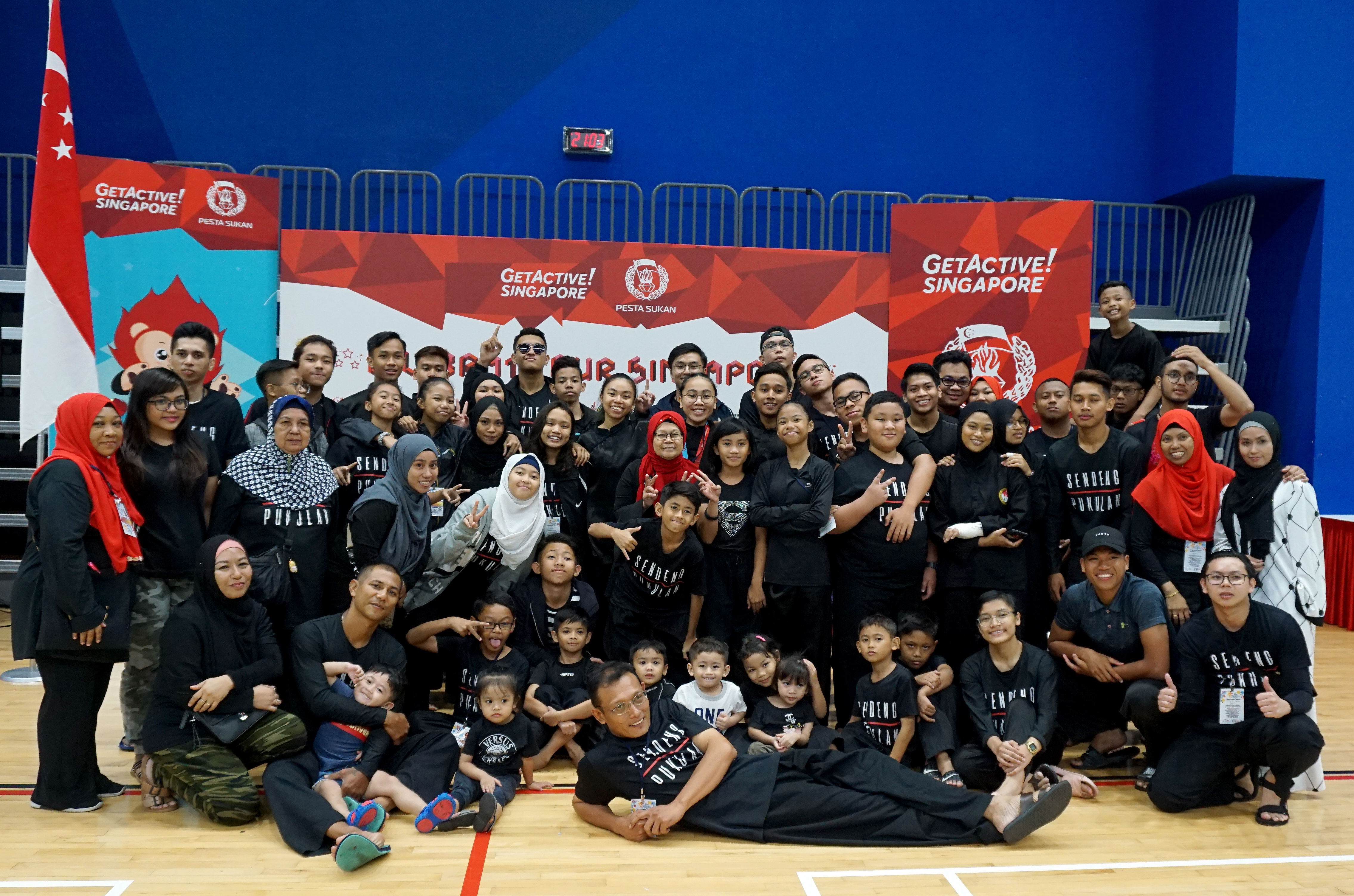 Singapore Silat Federation was first set-up in 1976, and SSF started to organize its first National Pencak Silat Championship in 1977. The objectives of organizing the championship is to create opportunities for Silat exponents to compete competitively, talent identification of newcomers into national elite training squad, selecting best athletes to represent Singapore, and most importantly to build camaraderie with all Silat enthusiasts from clubs. 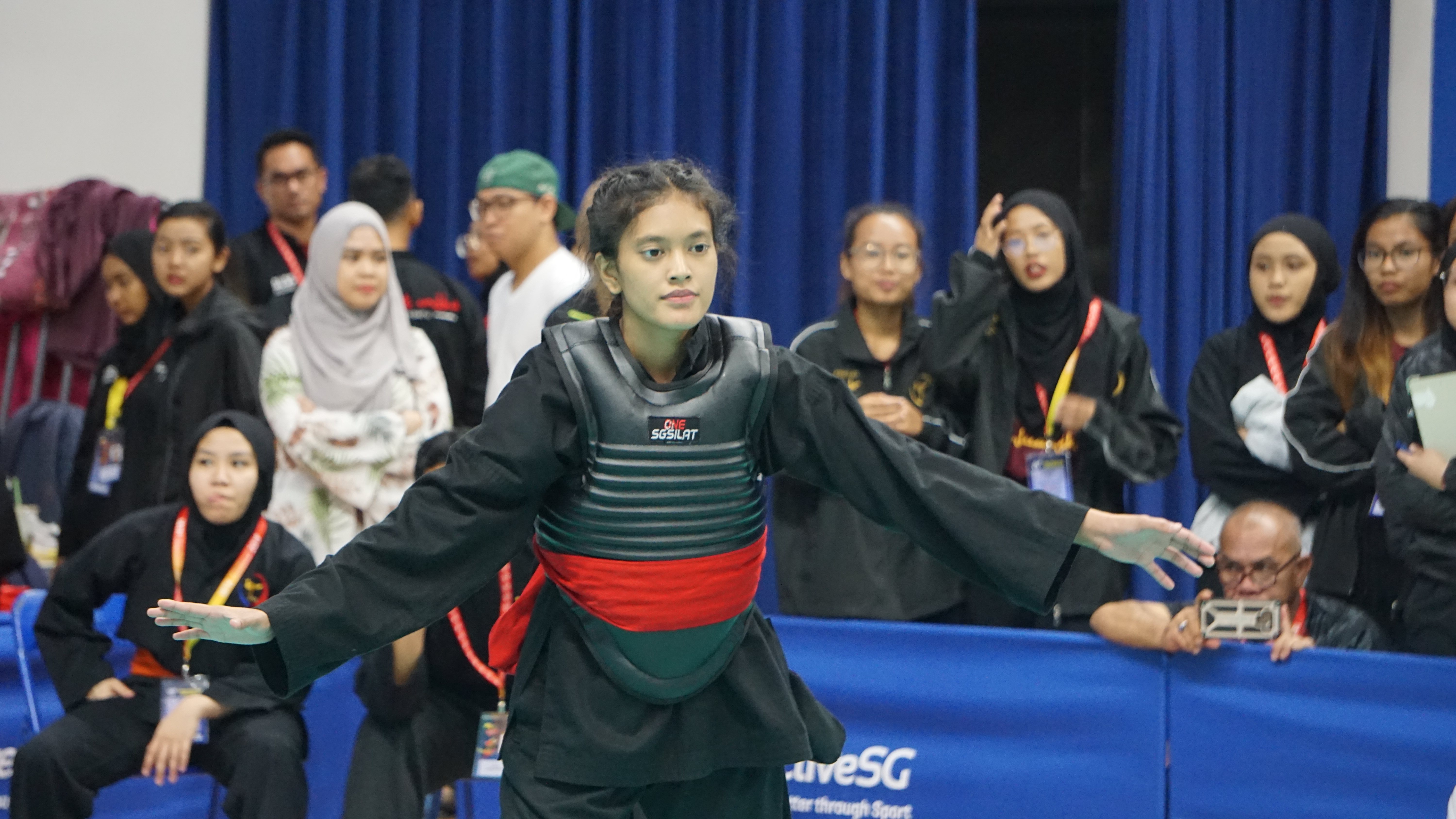 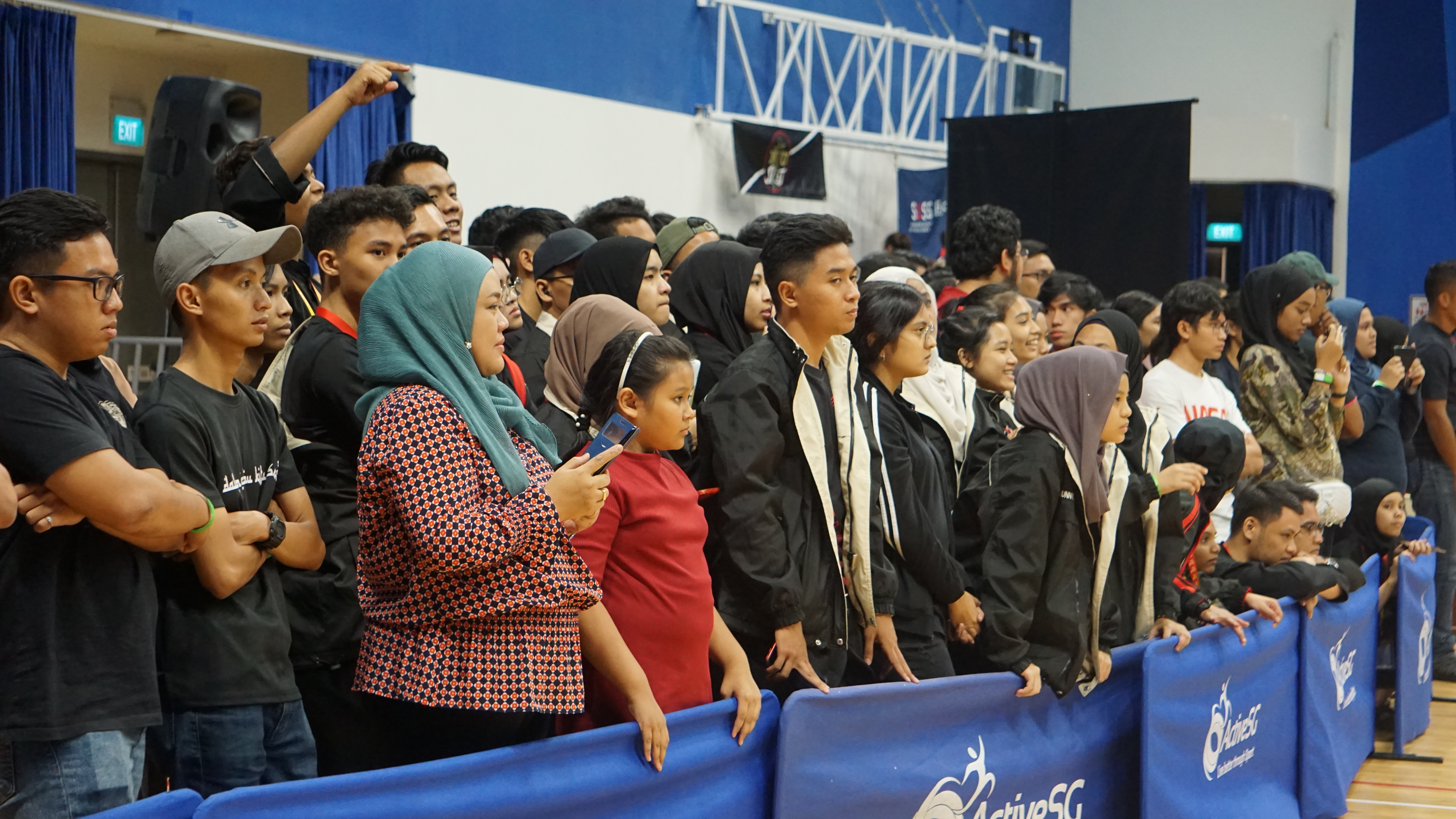 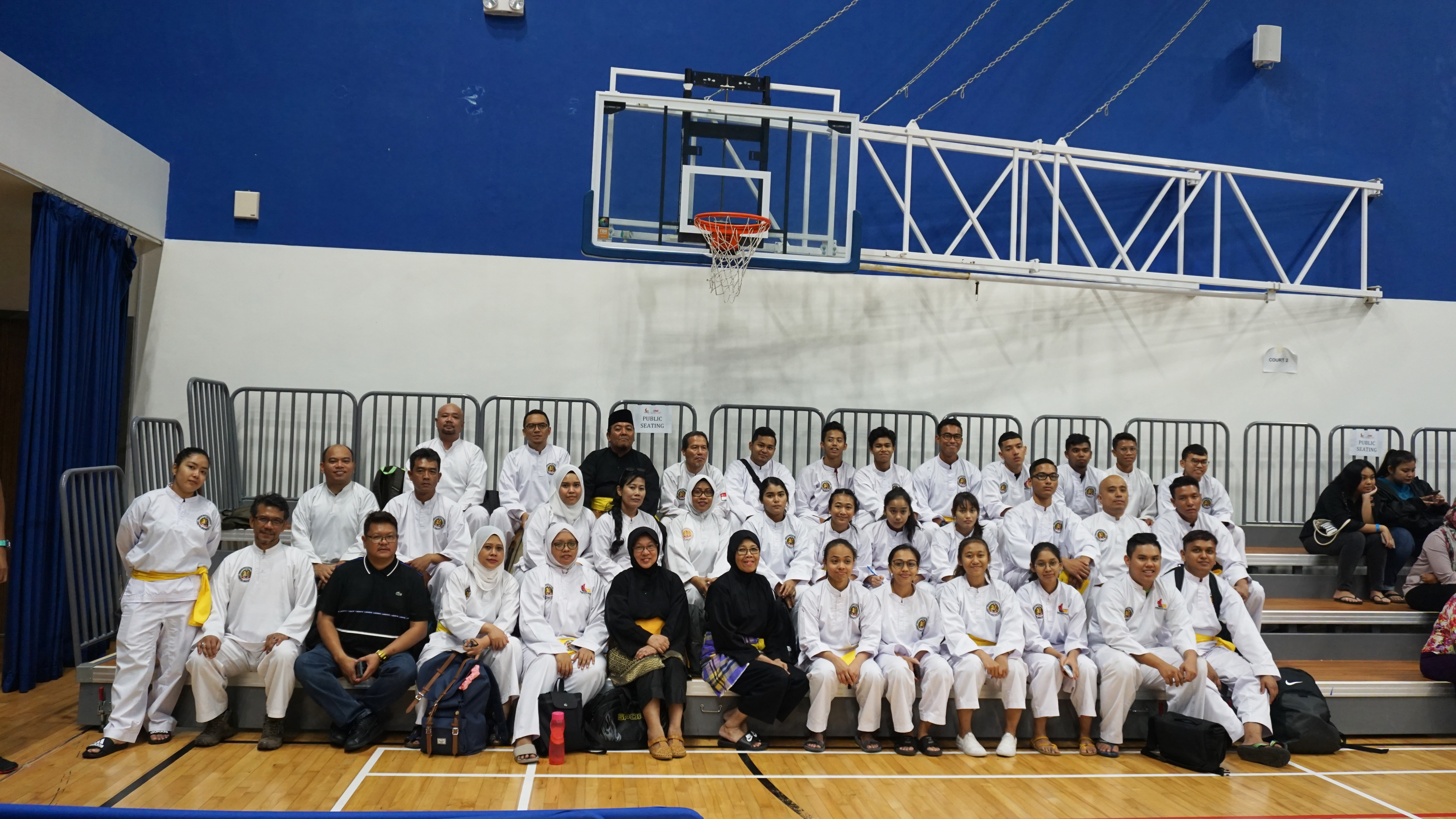 Since it first started as a series of friendly matches between the Silat clubs of the various local tertiary institutions, the hosting of Tertiary Silat Championship (TSC) has been rotated among the Universities and Polytechnics.

The hosting of the Championship has given invaluable experience and exposure for the organizers. They acquired experience in organizing a large event and deeper understanding and appreciation for Silat competitions.

Through the TSC, we aim to inculcate camaraderie, friendship and sportsmanship amongst the participating institutions. This competition is a platform for Silat enthusiasts in the local institutions to showcase their skills and knowledge in a safe yet competitive environment. We also hope that this event will promote greater interest in Silat and its various aspects not only to the Malay community but to all races as well.

The main objective of organizing this championship is to:

Preserve and inculcate the art of Silat in the match and artistic categories
Instill the values of sportsmanship, camaraderie and friendship between competitors from different participating institutions
Mould the principles and current rules and regulations in the competitive aspect of Silat
Spread the knowledge and beauty of Silat
Singapore Silat Federation will ensure that the championship is organized annually by the tertiary institutions. In any chance that no tertiary institution is willing to come forward and host the event, as the governing body of Pencak Silat in Singapore, Singapore Silat Federation will be coming in and decide to host the annual event, not wanting the event to miss a year
A sub-committee council was set-up to look into hosting events by local tertiary institution or any other matters relating to Pencak Silat and Tertiary Institutions; it is the Tertiary Silat Council. 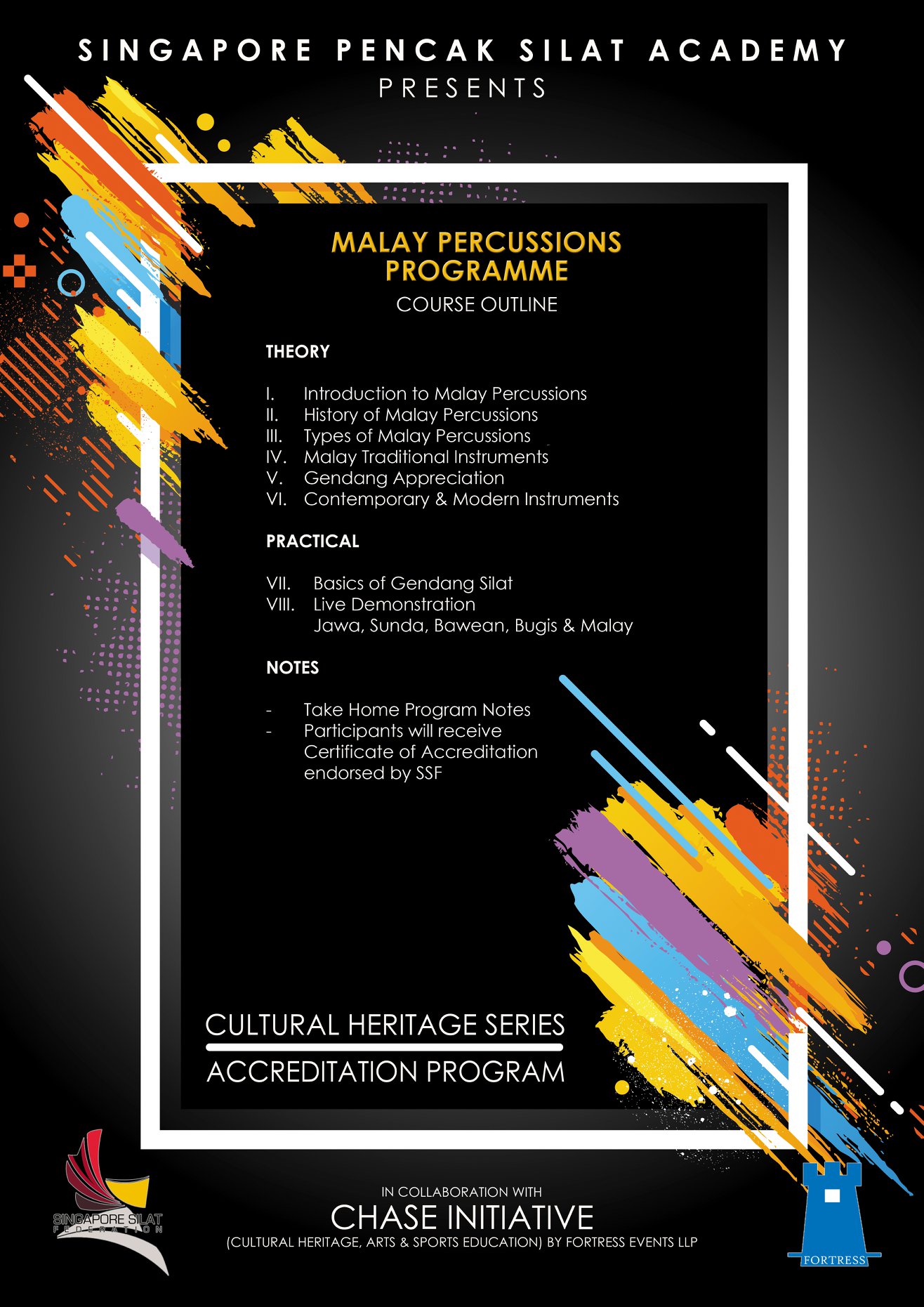 Silat Heritage is a program under Singapore Silat Federation to showcase an exhibition of educational information and illustrations of an array of Malay Customs, Traditions and Cultural Heritage regards to Pencak Silat and showcasing the work and unique identities of its traditional cultural beares.

Furthermore its to illustrate Malay Culture and Heritage to its audience in a fun and exciting approach whilst effecting a call-to-action whilst preserving the authenticity and integrity of its propagation. It also to showcase Pencak Silat culture as a dynamic and diverse social phenomenon and create cultural awareness, respect and inclusiveness towards these diversity by active exchange, innovation and creative concepts that stays relevant to current times.

Workshops like tanjak making, malay percussion, malay weapon and malay costume has been organised under Singapore Silat Federation for this programme with collaborations from Chase initiative and supported by PENILAM and Akademi Seni Warisan Tradisional Melayu.